Cost reductions in 2019 are thanks to increasing order size, growth in battery electric vehicle sales and the continued penetration of high energy density cathodes. The introduction of new pack designs and falling manufacturing costs will drive prices down in the near term.

BNEF’s 2019 Battery Price Survey predicts that as cumulative demand passes 2TWh in 2024, prices will fall below $100/kWh. This price is seen as the point around which EVs will start to reach price parity with internal combustion engine vehicles. However, this varies depending on the region of sale and vehicle segment. The report further examines in detail how manufacturers and automakers alike can continue to reduce prices.

James Frith, BNEF’s senior energy storage analyst and author of the report, said: “According to our forecasts, by 2030 the battery market will be worth $116 billion annually, and this doesn’t include investment in the supply chain. However, as cell and pack prices are falling, purchasers will get more value for their money than they do today.”

BNEF’s analysis finds that as batteries become cheaper, more sectors are electrifying. For example, the electrification of commercial vehicles, like delivery vans, is becoming increasingly attractive.

This will lead to further differentiation in cell specifications, with commercial and high-end passenger vehicle applications likely to opt for metrics like cycle life over continued price declines. However, for mass-market passenger EVs, low battery prices will remain the most critical goal.

Continued cost declines for batteries in the 2020s will be achieved through reduced manufacturing capital expenditures, new pack designs and changing supply chains.

Logan Goldie-Scot, head of energy storage at BNEF, said: “Factory costs are falling thanks to improvements in manufacturing equipment and increased energy density at the cathode and cell level. The expansion of existing facilities also offers companies a lower-cost route to expand capacity.”

Battery storage is a key topic at the African Utility Week and POWERGEN Africa conference. Click here to register to attend or for more information about the event.

As major automakers start to produce bespoke EV platforms, they are able to simplify pack design and standardise across different EV models. The simplified design is easier to manufacture and can be scaled for larger or smaller vehicles. The change in pack design will also allow for simpler thermal management systems and could reduce the amount of housing required for each module. As automakers start procuring cells from multiple suppliers for a single platform, there is also an increasing level of standardisation in cell design.

EV demand in Europe is growing, and supply chains are changing. Increasingly, battery manufacturers are building plants in the region. This helps to reduce some of the costs associated with importing cells from overseas, especially transportation costs and import duties.

The path to achieving $100/kWh by 2024 looks promising, even if there will undoubtedly be hiccups along the way. There is much less certainty on how the industry will reduce prices even further, from $100/kWh down to $61/kWh by 2030. This is not because it is impossible but rather that there are a variety of options and paths that can be taken.

As we get closer to the second half of the 2020s energy density at the cell and pack level will play a growing role, as it allows for more efficient use of materials and manufacturing capacity. New technologies like silicon or lithium anodes, solid-state cells and new cathode materials will be key to helping cost reductions play out. 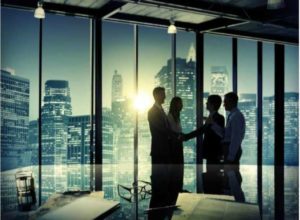