The Tanzania Petroleum Development Corporation (TPDC) is drafting a master plan for setting up infrastructure to supply natural gas to industries and households in selected regions.

The Daily News cited statistics, which indicates that the East African country is currently using a tiny fraction of the resource, about 70 million cubic feet out of the total capacity of 784 million cubic feet.

From the available gas sourced from Mtwara and Songo Songo, it is reported that a mere 10% of the gas goes into power generation to some industries.

"The plan is to have the infrastructure which will attract new industries ... [because] ... the real challenge is many of the existing factories are scattered," Musomba explained.

According to media, he made these remarks in response to queries by members of the parliamentary budget committee who visited the natural gas receiving plants; Kinyerezi I and Kinyerezi II gas-fired power generation plants.

"My committee will tour the entire route of the gas pipeline…all the way from Mtwara... [in order] to identify key projects along the line," Ghasia stated.

Earlier, deputy minister for energy and minerals, Dr Medard Kalemani, informed the MPs that 37 factories have been connected to gas, adding that plans are underway to connect an additional 40 industries. Read more...

" ...We have 57.3 trillion cubic feet of gas reserve... this is more than enough power to meet domestic and industrial demand," Dr Kalemani said.

The deputy minister revealed that execution of the four phases at Kinyerezi would produce over 1,175MW of electricity through natural gas. 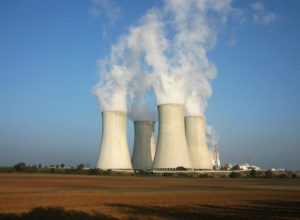